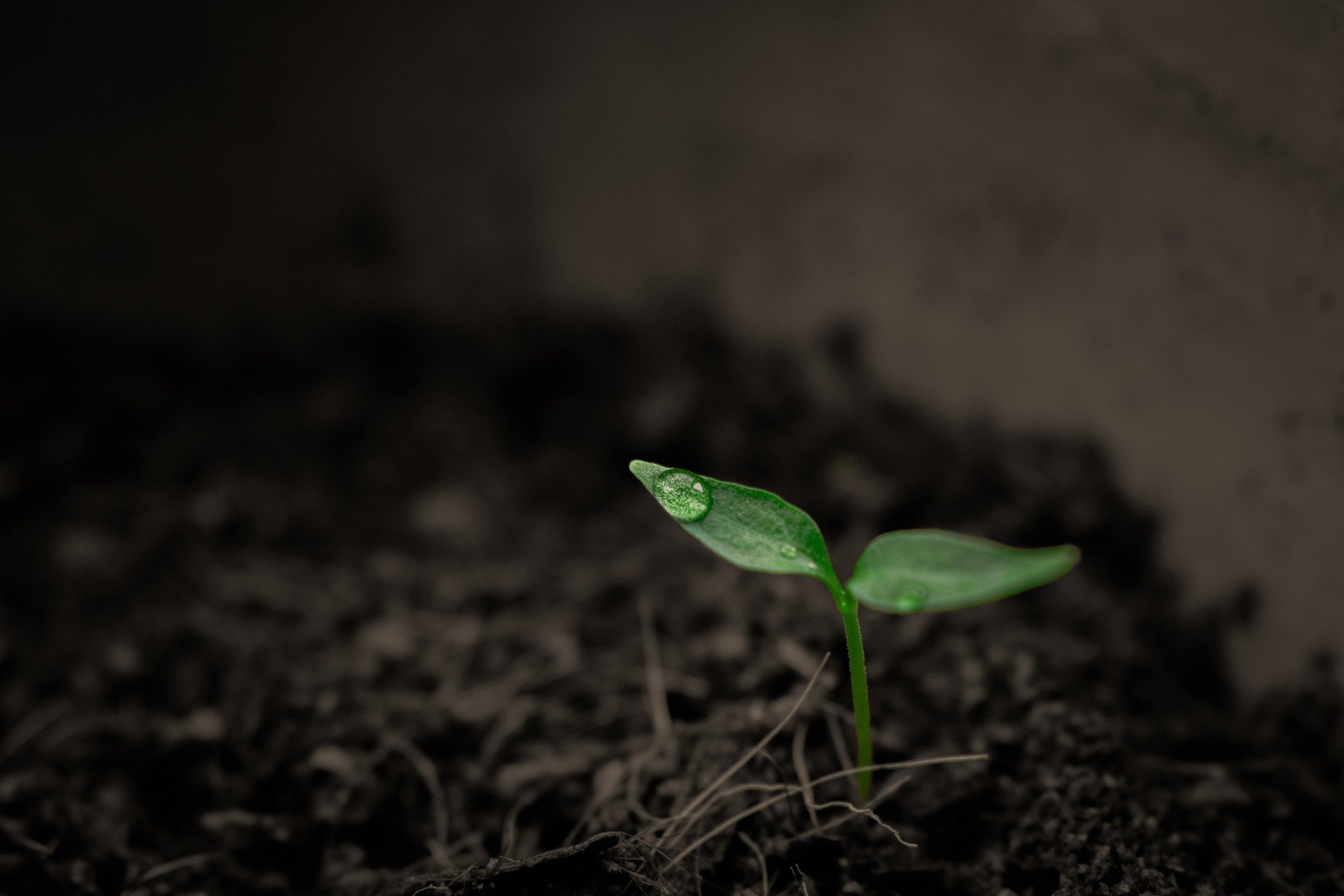 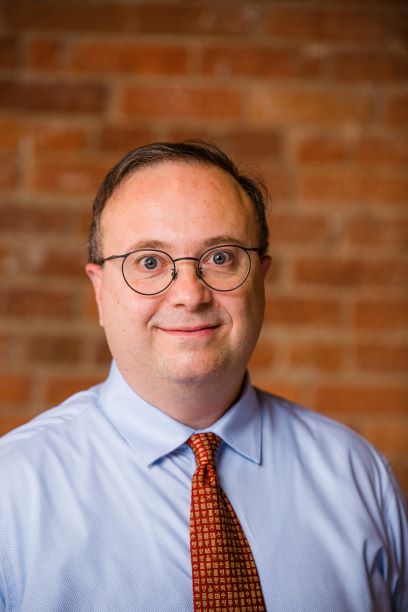 Fabrice Boyom grew up in a small village of Cameroon, where his father practiced traditional medicine. From a very young age, he was fascinated with the seemingly endless array of medicinal plants his dad would prepare and mix to treat sick and injured patients.

By the time Dr. Boyom reached high school, that fascination became a strong desire to carry on his father’s work in a grandiose way: to find new plant-based chemicals and compounds that could one day halt malaria and other mosquito-borne diseases present in sub-Saharan Africa.

Today, Boyom is a well-known and respected professor of biochemistry at the University of Yaoundé I in Cameroon, where he leads the antimicrobial and biocontrol agents unit of his university’s Laboratory for Phytobiochemistry & Medicinal Plants Studies. He collaborates with some of the world’s largest pharmaceutical companies, including Johnson & Johnson, Pfizer, and Merck; he is a Fulbright award alumnus; and he has taken on nearly two dozen master’s and doctoral students who are following in his footsteps.

But despite all of his successes in the scientific world, Boyom and many other researchers in developing nations must still overcome one key barrier that few Westerners even think of: academic prose written in English.

Scientific papers written by researchers who speak English as a second language are often sent back to authors - or rejected outright - by English-language journals if their editorial reviewers consider the grammar to be poor or the paper too difficult to understand. This results in a scientific publication system that can shut out researchers due to their English-language skills, as opposed to the merits of their science, creating an inequitable scientific ecosystem where great ideas aren't being considered.

Research Square Company, whose mission is to make research faster, fairer, and more useful, is supporting researchers in developing nations by providing a new digital editing service at no cost to them. The new service, offered through Research Square Company’s AJE division, uses artificial intelligence to edit scientific research papers, grant proposals, and other academic works with up to 95% accuracy, vastly improving research manuscripts as they are considered for acceptance in peer-reviewed journals.

AJE has offered its digital editing at no cost to Boyom and other researchers in developing nations through a partnership with Seeding Labs, an international nonprofit organization that has equipped more than 125,000 faculty, students, and research staff in developing nations with the tools, training, and connections they need to be on the cutting edge of global discovery.

Boyom recently shared his story about the barriers to English that he needed to overcome during his time as a student, his career growth; how AJE Digital editing, offered through Seeding Labs, helped him improve his scholarly works; and the tool’s significance for researchers in developing nations.

Dr. Fabrice Boyom was raised in a French-speaking area of Cameroon, where English was spoken as a second language.

“Although English or French are the national languages, English was not fundamental at that time,” said Boyom. “So I made my first attempts at English in high school.”

As Boyom began his studies in Botany at the University of Yaoundé I, he said he had tremendous difficulties conducting his coursework in English. To face this challenge, he read English-language newspapers and listened to radio and television shows hosted in America and the United Kingdom. Among his favorites were BBC and CNN. This helped, but Boyom was still not comfortable with his abilities.

Boyom advanced through the University of Yaoundé I’s master’s and doctorate programs, focusing his studies on biochemistry. He specifically looked at the chemical composition of plants and how specific plant-based compounds interact with diseased organisms at the molecular level. This is the groundwork for much of the world’s pharmacological studies.

“Here in Africa, many of us live in remote areas where it’s difficult to have access to essential drugs, so my ultimate objective was to discover and design drugs to treat people that are suffering from diseases in my country and the world,” said Boyom. “I was very interested in discovering new drugs against malaria. This is why I decided to expand my [research] activities against a variety of microorganisms, including pathogenic bacteria, fungi, and protozoa.”

Boyom was well on his way to achieving his goals while building his acumen in English during his graduate years, but it wasn’t until Boyom had the chance to immerse himself in an English-speaking country that he felt his English language skills markedly improve. That chance came in 2002, when he received a senior Fulbright scholarship to expand his post-doctoral studies in the United States.

“What changed the game for me is when I spent my years at the University California in San Francisco,” said Boyom. “I was obliged to live and work in English, socially and academically. I worked very hard to learn English at that time.”

Not long after his return to the University of Yaoundé I in 2003, Boyom earned his Sc.D. degree and became an associate professor at his alma mater. Since his return, he would speak and write only in English while in the lab. He has not broken this self-imposed rule, even today; and he has extended it to his students.

“I’m sorry to say that English is kind of compulsory for those who want to get funding and reach out to a wider audience,” said Boyom. “We have to publish in good journals in English, so we often have to rely on services to help improve manuscripts. Being in contact with [AJE] provides us with the opportunity to revise our manuscripts.”

Bringing Focus to the Science, Not the Language

Within several months of signing up for access, Boyom used AJE Digital to edit three research papers before taking them to the next steps for publication.

“Our methods are very rigorous; but our limitations come from the English language. Almost all of the time, editors wrote back to us saying, ‘this manuscript should be proofread by an English-speaking person,’” said Boyom. “That was the limit before we met [AJE] and used your service.”

“This was submitted to the Journal of Ethnopharmacology, a journal of the Elsevier group; we are now cleared for publication,” said Boyom.  “We’re doing minor revisions, but none of the revisions concerned our English ability thanks to AJE.”

The second paper described the implementation of a lactic dehydrogenase assay used in Boyom’s laboratory against a specific parasitic pathogen associated with malaria.

“We have successfully evaluated the assay, and the manuscript we sent through you and edited in English was resubmitted to Analytical Biochemistry, specifically in the section of Biological Sciences,” said Boyom. “The review is ongoing, but we have not heard from them about our English ability.”

The third paper outlined the biological control potential of specific bacteria against a disease that affected commercial food crops, like tomato, maize, and beans. After successfully completing the study, Boyom ran it through AJE’s editing service. Instead of sending it to a journal, they submitted it for intellectual property protection.

“We found the study to be very innovative with a degree of novelty, so we decided, rather than to just publish it, to enter in a collaboration with the World Intellectual Property Organization (WIPO),” Boyom said. “We’re currently discussing IP protection for this finding.Overall, of the three papers we submitted for automated English editing through AJE, we were very satisfied with the service, and are very grateful.”

Digital Editing in the Developing World

Research in developing nations is currently underrepresented in academic literature. A recent applied economics study highlighted by Nature analyzed 25,000 papers published in high-profile journals between 1990 and 2019. Only 16% within that sampling were authored by researchers based in the Global South, where most of the world’s developing nations are situated.

AJE’s Digital Editing has the potential to increase representation among researchers in the Global South by making English language editing more accessible to them. AJE’s powerful AI-based software, trained specifically for academic papers across 2,000 areas of study and developed through millions of edits by AJE’s expert editors, is a free and ready-made solution  that allows researchers to be judged on the merits of their scientific work, as opposed to their English language skills.

Boyom agrees AJE's digital editing tool can play this key role, also citing its speed, convenience, and ease of use among its most important benefits.

“AJE’s service is critical. If it assists scientists as a wider platform in the developing world - and specifically those scientists from non-English speaking countries, they can publish more in very good English-[language] journals,” said Boyom. “I found it very accessible and easy to use. And for the three manuscripts I submitted, the time to receive my edits was not very long - within an hour or two at the most. I was really surprised. It’s a great opportunity for us to have well-written manuscripts and be able to submit works quickly.”

Boyom also encourages other researchers in developing countries to engage with Seeding Labs and AJE to take advantage of its new digital editing partnership.

“I appreciate Seeding Labs; I received many materials from them,” said Boyom. “This editing service is an added value to what we receive from them, and I thank you very much for this and to revise our manuscripts and to build. The impact is great.”

CTA: Learn more about Seeding Labs and their Instrumental Access Program, as well as about Research Square’s corporate responsibility efforts. 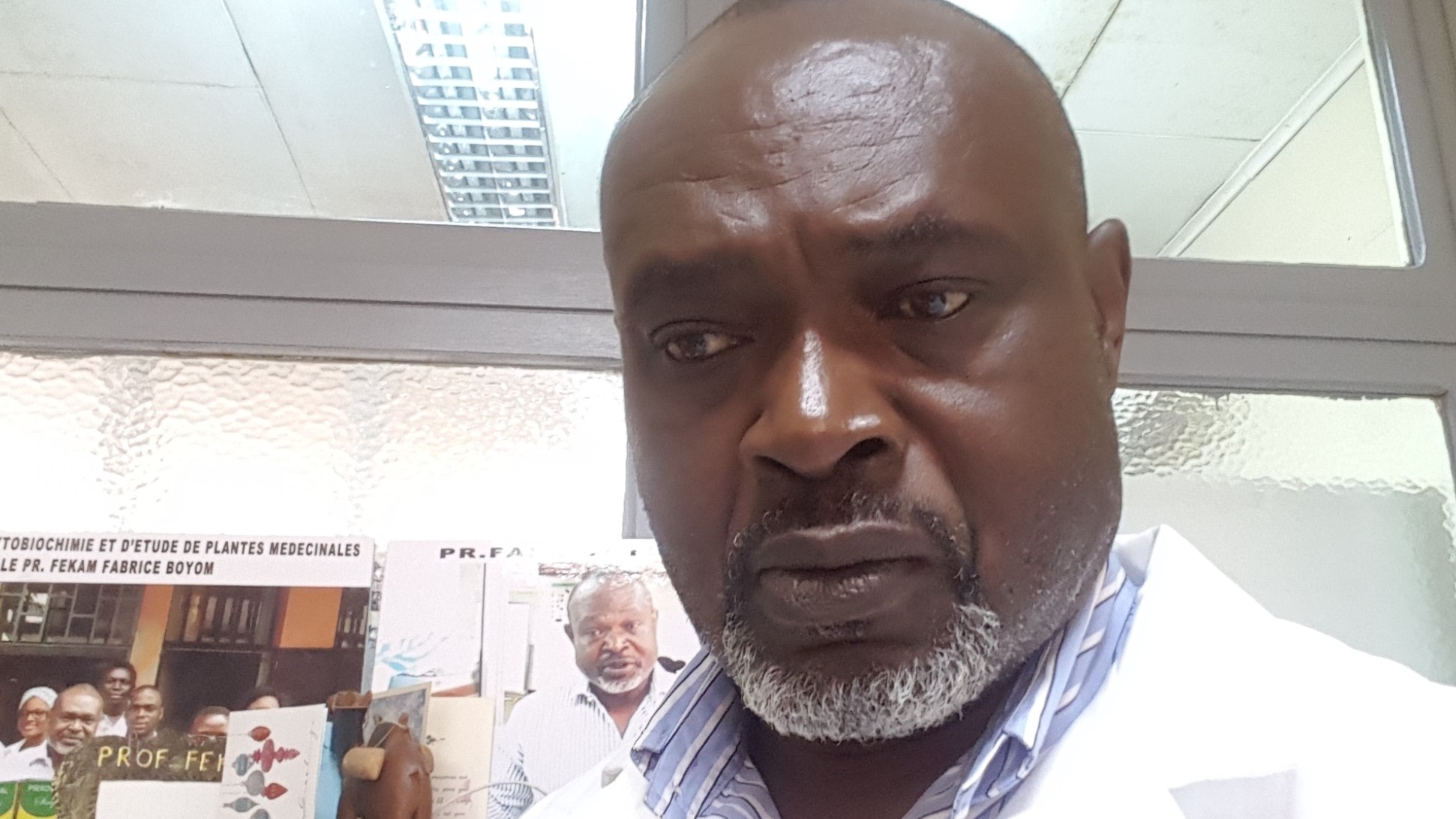 Research Square’s DEI Journey through 2021 and Beyond

Our goal is to build a diverse workforce and to foster a culture in which all people feel included and valued. Learn more about our DEI work in 2021 and our plans for 2022 and beyond in this latest article from our Vice President of Human Resources, Orshi Kocsis.

As a team, we seek to aid our customers in making their research known. Our culture of diversity, equity, fairness, and inclusion is a key strength in achieving this goal.